At today’s “Unleashed” event, Apple announced the all-new MacBook Pro powered by two of Apple’s most powerful ARM-based chips ever made — The Apple M1 Pro and the M1 Max. The new MacBook Pro comes in two sizes — 16-inches and a new 14-inch form factor, featuring a redesigned keyboard, high refresh rate mini-LED displays, more ports, speakers with spatial audio, and a 1080p webcam. Let’s take an in-depth look at what these new MacBook Pros have to offer —

The MacBook Pro features an all-new design that some users may find polarizing. It’s the world’s first laptop with a notch on its forehead. The enclosure is built from 100 percent recycled aluminum, and the 14-inch MacBook Pro weighs 3.4lbs while the 16-inch MacBook Pro weighs 4.69lbs. It features a new keyboard that does away with the TouchBar and brings back the full-sized function keys. The Force Touch trackpad is retained and is the same size as before.

Inside, the MacBook Pro deploys a new cooling system featuring two fans, which Apple claims gets triggered only when there’s something intensive running. Apple claims the cooling system draws in 50 percent more air and runs quieter than any other pro-Windows laptop.

Quite polarizing, the new MacBook Pros also feature a notch housing a 1080p webcam. Apple did this to offer more screen real estate without increasing its footprint. Also, both the 14-inch and 16-inch MacBook Pros now feature a 120Hz ProMotion refresh rate. Apple claims it’s using a whole new backlit array that delivers 1000 nits of sustained brightness and 1600 nits of peak brightness, and a jaw-dropping 1,000,000:1 contrast ratio. This allows the panel to support HDR content with life-like clarity, and 100% of the DCI-P3 color gamut supports one billion colors.

You get two performance options for the new MacBook Pros. Power users can go for the M1 Pro chip, that’s perfectly good enough for editing 8K footage, stitching high-definition panoramas, and rendering graphics. But for those who need more, there’s the new M1 Max chip.

Apple claims that the M1 Pro chip offers 70 percent increased CPU performance and twice the fast graphics performance compared to the M1 chip released last year. The GPU on the M1 Pro has 16 cores with 2048 execution units, along with a media accelerator that now supports 8K ProRes streams. There’s also a Neural Engine for machine-learning tasks.

The M1 Max is just the M1 Pro on steroids. It has a 10 core CPU with 8 performance cores and 2 efficiency cores, and maxes out with a 32 core GPU with 4096 execution units, twice that of the M1 Pro. It also has 2x increased memory bandwidth with up to 64GB unified memory with 400 Gbps bandwidth, compared to 200 Gbps on M1 Pro. Both chips are made on a 5nm TSMC process.

The new MacBook Pro now has more ports than before and can finally be used without an adapter. There are three Thunderbolt 4 ports, an HDMI port, and a 3.5mm headphone supporting high impedance headphones. You also get an SDXC slot to connect an SD card. The 1080p webcam now has an f/2.0 aperture and a larger sensor. They also charge using a MagSafe port where the charger magnetically attaches to the port, and it can also be juiced up using the Type-C Thunderbolt 4 port.

The Apple MacBook M1 already smashed all battery life records, and Apple claims similar results on the Pro models. The 14-inch MacBook Pro is said to deliver 17 hours of video playback, while the 16-inch MacBook Pro can go 21 hours. There’s also fast charging support for the first time, which Apple claims can charge the MacBook Pro to 50 percent capacity in just 30 minutes.

The Apple MacBook Pro in 16-inch and 14-inch variants, configured with the Apple M1 Pro or the M1 Max chips, go on pre-orders today in the US and will go on sale from October 26.

So that was the Apple MacBook Pro 14-inch and 16-inch with the M1 Pro and the M1 Max chips. Which one will you be going for? Let us know in the comments. 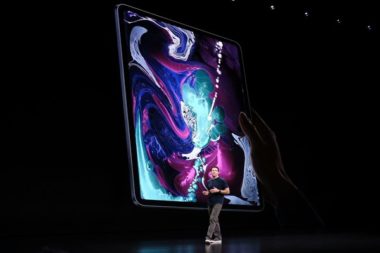 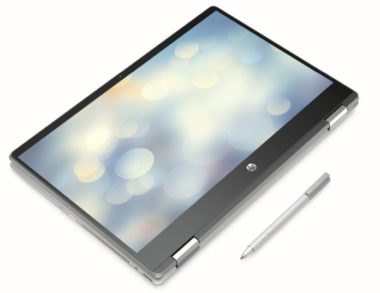 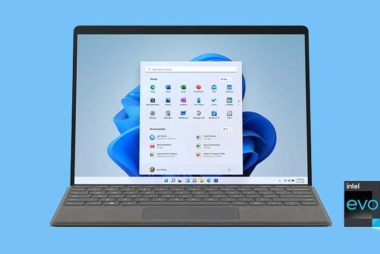 Microsoft Launches Surface Pro 8 With the Biggest Update in Years 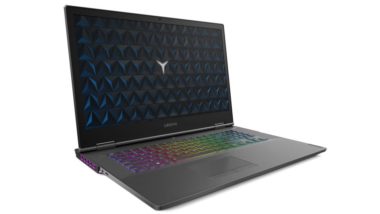 Not to be outdone, Lenovo unveiled a lot at CES 2019, including a refresh of their Legion gaming…
Still can't decide which laptop to get? Get one-on-one laptop advice from our experts. It's free!
Get Expert Advice
error: