It’s a fact that everyone would love to have a MacBook. After all, they are the sleekest and one of the most powerful laptops on the market. Unfortunately, it costs a fortune to own one of these artistic pieces of technology, and good deals on them are hard to come by. As a result, many Mac buyers wait for the best MacBook deals to make their dream come true without breaking the bank.

If you’re interested in buying a MacBook right now, then you are in for big savings, thanks to the huge discounts at Amazon and B&H. Almost all the MacBooks, ranging from the newest M1-powered MacBook Air and MacBook Pro 13″ to the Intel-powered MacBook Pro 16″ are on sale right now. So, we are pretty sure that you will be able to find a great deal on the MacBook model that’s right for you.

But with so many offers available from retailers, comparing and finding a good deal can take a lot of time and effort. Luckily, our dedicated team for Deals is continually checking the websites of all the official MacBook retailers and doing all the hard work to keep this article up to date with the best deals on the entire Mac family of laptops for you. And, we’ve spotted some irresistible bargains on the popular MacBook models this month. From students to working professionals anyone can make the best of this month’s best MacBook deals and finally grab the MacBook they have been eyeing for a while. 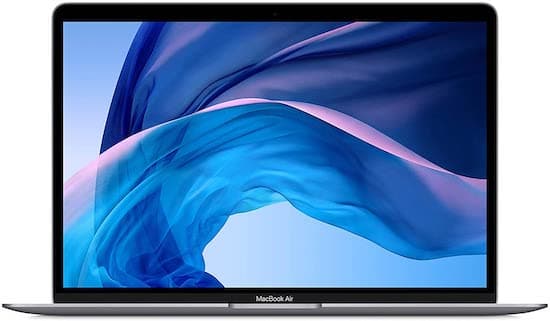 The MacBook Air is the cheapest of Apple’s MacBook lineup and provides an affordable starting point for those looking to get into the Apple ecosystem. The latest MacBook Air features the all-new Apple M1 processor, which provides a massive performance jump over the previous Intel variants. The Apple silicon also improves the battery life to unbelievable 18 hours and includes a ton of new features as well. Also, included is the crisp Retina Display now with a broader color gamut, and Touch ID fitted into the iconic slim aluminum chassis.

You can get the brand-new Apple MacBook Air for an all-time low of $899 right now from Amazon. Compared to the MSRP of $999, you are saving a whopping $100 with this deal. This model comes with the groundbreaking Apple M1 chip, 8GB of unified memory, and 256GB of storage space. You can also count on the 13-inch Retina Display, the improved Magic Keyboard, two Thunderbolt USB 4 ports, and mind blowing 18 hours of battery life. GET THIS DEAL

If you want a MacBook Air with higher storage capacity, it is the right time to make that upgrade because you can get the 512GB storage variant of the M1 MacBook Air for just $1149. We are talking about a discount of $100 from its sticker price of $1249. This MacBook Air model offers everything that the 256GB model did, but you have more space to store files. We believe it is a worthy investment for content creators and developers who use an Air. GET THIS DEAL

Let’s say you do not want to have the M1 lineup of MacBook Air just yet. Perhaps, your favorite apps are not available on Apple Silicon yet. In that case, you can get the next best deal from B&H Photo, which sells the early-2020 MacBook Air with Intel Core i3 processor for $899. You get an instant discount of $100 through this deal, but the product is limited to Gold finish only. Part the powerful performance of M1 chip in the new MacBook Air, you don’t loose anything else here. You get the same Retina display with true tone support, force touch trackpad and the magic keyboard with touch ID on this early 2020 model as well. GET THIS DEAL

If you need a powerful yet portable machine, you can still count on the MacBook Pro lineup from Apple. For years, developers, filmmakers, and content creators have used this machine. Of course, MacBook Pro is a little more expensive than the MacBook Air, but whatever you pay in addition is for the performance.

Luckily though, the best MacBook deals this month came from the MacBook Pro line of products. Here are the most notable ones: 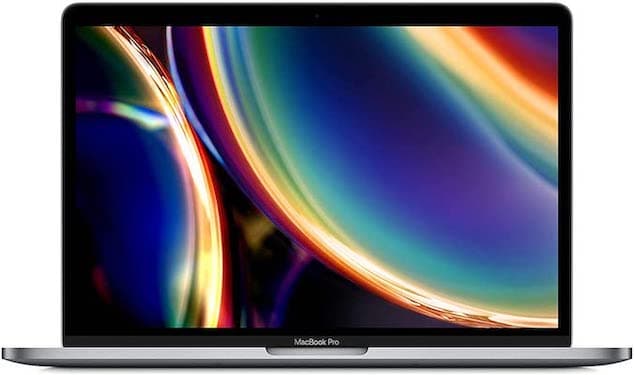 The MacBook Pro 13″ provides an entry into the performance-focused laptops from Apple, with faster, more powerful processors and a better cooling solution over the MacBook Air. Apple recently updated the 13″ MacBook Pro with their new M1 chip, which blows the older Intel-powered MacBook Pro right out of the water when it comes to efficiency and performance. However, unlike MacBook Air, the MacBook Pro is still available with Intel CPUs. Although it costs more than M1 MacBook Pro, our deals will help you to snag them for less, in case the apps you use are not yet natively available on Apple Silicon.

Honestly, with the new M1 chip inside, even the base variant is perfect for most power users looking for a compact laptop to handle their workloads. And, with all the discounts available on it right now, it’s the perfect time to pick one up.

You can get the entry-level version of the 13-inch MacBook Pro for as low as $1149 from Amazon. Compared to its list price of $1299, you get an instant savings of $150, which is incredible. You get the Apple M1 chip inside with 8GB of unified memory and 256GB of storage space. With the addition of a touch bar and a proper cooling system inside, the base M1 MacBook Pro is a great affordable entry into the performance-focused MacBooks from Apple, and this $150 off deal makes it even easier on your pocket. GET THIS DEAL

If you are looking for extra storage space on your MacBook Pro, you may consider the 512GB variant of the mid-2020 MacBook Pro 13” running Intel processor. This device packs a 1.4GHz 8th-gen Intel Core i5 chip with 8GB of RAM. Beware that this model has a keyboard with scissor keys which are prone to a lot of problems. You do get the Touch Bar and Touch ID, though. Apple claims all-day battery life for this machine as well. Thanks to the MacBook Pro deal at B&H, you can get this device for just $1199, a $300 discount from its list price. GET THIS DEAL 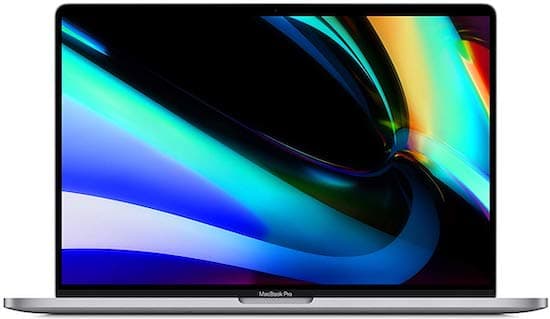 The MacBook Pro 16 is the flagship of Apple’s MacBook family. It features a new design with slimmed-down bezels, a capable cooling system, and a reliable Magic Keyboard. Although the 9th generation Intel processors that powers them are pretty old, the dedicated AMD graphics make it the best choice for content creators and professionals that can harness its power. If you find the model you need on our list, it’s a good idea to pick one up right now since many MacBook models on our list are available at their all-time low prices.

If you want the MacBook with largest screen and top-notch performance, the MacBook Pro 16” is indeed the best option. This machine is powered by a 2.6GHz Intel Core i7 processor and has 16GB of RAM. Its 512GB of internal storage is more than enough for applications and media. Plus, it comes with a very capable AMD Radeon Pro 5300M discrete GPU. You can get it for $2199 at Amazon, a whopping discount of $200 from the list price. GET THIS DEAL

Let’s say you want to get one of the most powerful MacBook Pro machines ever made. Amazon’s discounts have got you covered. You can get the MacBook Pro 16″ for $2499, while the actual cost is $2799. This machine comes with 1TB of SSD storage, 16GB of RAM and packs a super-powerful 2.3GHz Intel Core i9 chip with dedicated AMD Radeon GPU. Alongside all these, you can enjoy classic features like the 16″ Retina Display with True Tone and Magic keyboard with Touch Bar and Touch ID support. GET THIS DEAL

With such good discounts this month, there is no reason why you shouldn’t buy the MacBook you have been saving up for right now as you can’t tell if these models will be in stock for long or if the discounts will still hold.

We update all the deal pages on our website with new deals on laptops twice a month, so keep checking our deals section to get the best deal on MacBook, PC or Chromebook.

Author
Maxim Grigorovich
Max is a tech enthusiast and a sucker for deals and discounts here at Laptop Under Budget.