The ZenBook series by Asus makes the headlines with its sleek form factor, ultra-slim bezels, and solid construction, but the ZenBooks usually cost a fortune. What do you get if you want something along the lines of the Asus ZenBook in a tight pocket? The answer is the Asus VivoBook 15.

The Asus VivoBook 15 offers a pathway to the Asus’ premium range of ZenBook laptops for a lot less money. At the price tag of just $400, you get a lightweight laptop with the latest design and sleek bezels, a full-size backlit keyboard, and respectable specs for the price. It’s a fantastic budget offering that gets you the best of both design and specs. We have finally got our hands-on the laptop and here’s what we think about it.

On first glance, it looks premium and speaks business with its subdued colors and lack of any flashy trims. On the back, there’s a simple ‘Asus’ logo in the centre with a metal finish. On the front, you’ve got a sleek ‘Asus VivoBook’ branding on the bottom bezel. The metallic branding lends a fresh air to the subdued plastic finish.

The most striking feature on the VivoBook 15 is the ErgoLift, a design feature that was previously reserved for Asus’ premium ZenBook series of ultrabooks. The ErgoLift slightly lifts the deck of the laptop when the lid is opened. In the case of this particular laptop, that lift is 2°. While that might not seem like a significant lift on paper, it does help a lot in real life.

ErgoLift immensely improves the typing experience as the keyboard is tilted towards you. Moreover, as the bottom of the laptop is not touching the surface, it improves the airflow, which allows the laptop to remain calm under heavy tasks.

When you open the lid, you’re greeted by quite narrow bezels around the screen, something that looks very pleasing to the eye. Asus has thankfully managed to house the webcam on the top, despite the narrow bezels. The high screen to body ratio allowed Asus to accommodate a 15.6-inch screen in a comparatively smaller form factor. So if you’d keep the VivoBook 15 and another 15.6-inch laptop, say the Acer Aspire 5, the VivoBook 15 would appear considerably smaller in size despite the same screen size.

Asus is proud of the VivoBook’s lightweight, 3.7 lbs, making it one of the most portable laptops out there. Other budget laptops with a similar price tag usually weigh over 5 lbs, and even the premium ultrabooks like the Dell XPS 15 and Microsoft Surface Book 3 weigh well over 4 lbs.

The lightweight and compact chassis make this a perfect budget laptop for students, writers and business professionals who do not intend to do heavy tasks or run demanding software.

Despite the compact form factor, the Asus VivoBook is rather well connected and features a decent array of ports.

On the wireless end of connectivity, the VivoBook 15 has an integrated Wi-Fi 5 card and a Bluetooth 4.1. It’s a shame that Asus did not opt for the latest Wi-Fi 6 card, yet it’s reasonable given that this is a budget laptop. What’s not reasonable is that you cannot upgrade the Wi-Fi card yourself, since it’s an integrated card.

The Asus VivoBook 15 (F512JA-AS34) features a 15.6 inch full HD Display. The ‘nano-edges’ on all four sides lend the screen an incredibly slick look with a screen to body ratio of 88%. It’s a very low-quality TN panel with the anti-glare coating on top which helps while using it in sunlight or a brightly lit environment, but the brightness on the panel is quite low.

Despite the robust build, there is flex in the screen. While we don’t have any complaints with its full HD resolution, the colors on the screen seem washed out and quite inaccurate, even for day to day usage. It covers just a narrow sRGB gamut of 58% and an Adobe RBG gamut of 37%. That’s quite poor even for a budget laptop. The Acer Aspire 5, another popular choice in the budget market, covers 64% of the sRGB gamut and 47% of Adobe RGB.

One cannot even imagine doing color-sensitive tasks such as a photo or video editing. However, given the specs, you wouldn’t buy this ultrabook to edit videos. It’s not good for content consumption either. While watching videos in our screen tests, the skin colors on the screen appeared green-ish in certain scenes.

To conclude, apart from the slim bezels, the actual display is quite disappointing on the VivoBook 15.

MORE: Best Laptops Under $500 – Our Top Picks of the Month

The Asus VivoBook 15 F512JA-AS34 laptop offers the best bang for the buck when it comes to specs. It is powered by a 10th Gen Intel Core i3-1005G1 dual-core processor, 8GB of DDR4 RAM and 128GB SSD. Ofcourse, it doesn’t come with a dedicated graphics unit, but its CPU integrated UHD graphics does a pretty good job. It’s also worth mentioning that these are the base specs of the VivoBook 15, and it can be specced all the way up to an i7 processor, 512GB SSD and 1TB SATA Drive HDD for additional storage.

The boot-up and launching of applications is quick, thanks to the SSD. The Intel i3 processor and 8GB of RAM are more than enough to do basic, everyday tasks such as word processing, web browsing and watching YouTube or Netflix. The laptop is also capable of handling multitasking up to an extent, and it held up pretty well during all our tests. However, whenever we tried to do anything intensive like opening a large number of tabs in the web browser, the fan kicked in pretty quickly. It also starts spinning while watching a 1080p video on YouTube. The fan itself isn’t particularly loud, and you can expect a very quiet experience with the VivoBook while you’re typing and browsing.

During our tests, the keyboard deck and palm rest area were always at comfortable temperatures, and it didn’t show any sign of lag or stutter even when we pushed it to the limits, which is a good thing.

The battery on the VivoBook 15 has improved as compared to the previous year’s model. Although it’s just a small two cell 37 Wh battery, thanks to the software optimizations and low demanding specs, it can go on for almost 8 hours. Even when we tested the battery while editing photos on Photoshop “with a full HD monitor attached”, it could still last for 5 hours. This laptop also features fast charging which can charge 60% of the battery in 49 minutes. That’s not the fastest of the charging we’ve seen on budget laptops, but it’s still respectable. In contrast, the ThinkPad X1 carbon can charge from 0 to 80% in that same amount of time, but it’s worth keeping in mind that the ThinkPad costs more than double the price of VivoBook 15.

The speakers on the VivoBook 15 use Asus SonicMaster technology to deliver a better sound output. It takes the physical output capacity of the speakers and then tweaks and tunes the audio with the software, which results in the best sound output that this laptop can produce.

There are two speaker grills on the laptop, both of which are bottom-firing. While the sound output is loud enough, it’s hollow and devoid of bass. So everything sounds quite flat. Once again, as a content consumption device, it’s disappointing.

There is no special software to optimize the sound via the headphones, but depending upon the quality of the headphones that you’re using, you would probably get a better audio performance than speakers.

MORE: Best Budget Laptops Under $300 – Our Top Picks of the Month

The VivoBook 15 features a full-size keyboard with a dedicated numpad on the right. The ErgoLift hinge provides an excellent angle for a better typing experience on the keyboard. Given that the laptop itself is quite compact, the clicks don’t feel tacky. The chiclet-style keyboard feels soft and squidgy. While the keys are well spaced out, it might take you a while to get the hang of it.

In our tests with the keyboard, we felt that the num pad was a bit cramped and did not feature the huge ‘+’ and ‘Enter’ key on the right that add to the accessibility. Apart from that, the keys have soft and rounded edges, which doesn’t affect the typing experience, just a visual thing. The keyboard is also backlit, which makes typing in darker environments much easier.

The trackpad is of decent size and has nothing special to offer, apart from the fingerprint reader which can be used to log-in to the laptop with Windows Hello.

Getting inside the VivoBook 15 is not the most straightforward task. Firstly, you have to remove 10 Phillips head screws on the bottom plate that hold it in place. Once you’re done with that, you’ll need to pry the edges with a scalpel or a pick before you can remove the panel.

Once you’re inside, you get a clear picture of all the components. In terms of upgradability, there are no empty RAM slots on this particular model (F512JA-AS34). However, while 4GB RAM is sodded, the other half can be upgraded. You can add a bigger RAM stick in DIMM socket for expansion. Beneath that, the M.2 drive can be upgraded as well. There’s also a slot for 2.5 inch SATA drive to add an HDD.

The ASUS VivoBook 15 (F512JA-AS34) sets itself apart from the competition in terms of design, features and overall performance. The ErgoLift hinge, narrow bezels and a lightweight chassis lend the laptop a modern, sleek and premium look. We have no complaints against the keyboard, and the backlit keys add to the premium aesthetic.

The specs are also best you can get in a laptop for the price. It offers the newest current generation CPU paired with a respectable amount of RAM and an SSD storage. That’s hard to find in a laptop that costs under $400. Although it has got a sub-par display and nothing can make up for its dull brightness, we think you still can’t go wrong with it considering the price and overall package. 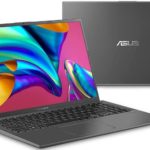 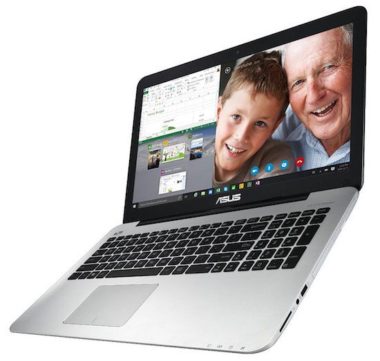 Whenever we think of buying a laptop what we usually think of? A good display, light in weight… 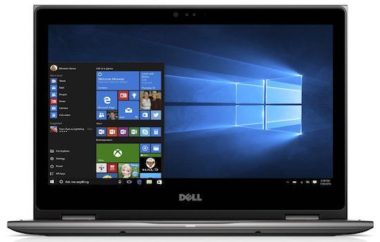 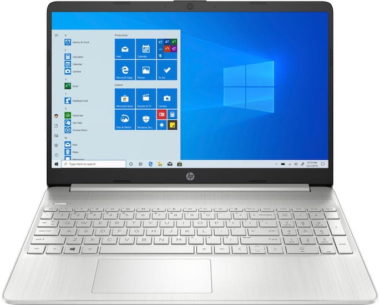 If it’s one thing that HP has always been able to nail down is its reliability and value…
Still can't decide which laptop to get? Get one-on-one laptop advice from our experts. It's free!
Get Expert Advice
error: